My name is Olga. I come from Russia, from Volgograd area. I’ve been living in Oslo for about half a year now.

1. Who are you (tell us about yourself)?

My name is Olga. I come from Russia, from Volgograd area. I’ve been living in Oslo for about half a year now.

Before I came here, I lived in Moscow for six years, where I studied at University of Economics Statistics and Informatics.

So actually I am a graduated specialist in IT in economics… But honestly it wasn’t entirely my choice: when I wanted to choose to study language at University, my parents told me “language is not a profession” and insisted upon hoosing “a proper profession”.

I couldn’t know if they were right or wrong – I was just 16. And I’m definitely not blaming them – now I’m good at both language and what I learned at the University (I believe so ).

I speak three languages pretty fluently and currently learning two more. I really love languages! I like travelling and meeting new people and getting to know different cultures. Luckily, I have this opportunity.

In my free time I enjoy reading, doing yoga, playing piano (but I don’t have one right now – that’s sad) and drinking coffee… probably too much coffee!

2. Why did you become a language teacher?

I learned English mostly by myself and tried to use it whenever I could. I worked as a film translator and meeting interpreter and I made a lot of expat friends in Moscow.

It was basically them who put the idea to become a Russian language teacher in my head. And so I did – I went to a six month course of “Teaching Russian as a foreign language” at the Moscow State University and got my first students almost at the same day when I had my first lesson of teaching.

So I was learning and trying to apply it immediately – a very efficient way of learning! I soon got several groups of students of different nationalities, and since then I don’t remember working a day in Moscow – I just did what I loved, and I learned more languages myself.

Communication, getting to know people and their culture and of course seeing the progress in their learning. Usually my students and I have a lot of fun at the lessons; it makes my work really enjoyable.

I also like to show people “My Russia” – the country and the culture I’m proud of. I like to break stereotypes about my country and make people enthusiastic about going there and even working with Russians.

As long as a place has good coffee, it’s ok to live there J. Joking. I find it nice and cozy.

People tend to complain about the weather, but I don’t see the problem. I live at Grunerløkka and I am absolutely in love with the area: all the small parks, cafés, a few nice bars just close to my house.

The city is expensive, even comparing to Moscow, but I was informed about it before I came, so I can’t complain. Sometimes I feel like Oslo is just too small and too quiet – then I want to jump on the plane and be right in the middle of something in my good old Moscow. But generally I love it here.

Just looking forward to seeing more sun in spring. I also plan to challenge myself and learn to ski – I never tried before, so it will be exciting.

5. Why should one learn Russian?

Have you seen Russia on the map? It’s enormous! The reason why people did not learn so much Russian before is actually because Russia was pretty much anti-foreign for a number of long periods in its history.

It was almost completely closed till the Soviet Union fell, which happened not so long ago.

Now Russia has changed dramatically. It is becoming a more active player in the international business and slowly but surely opens up for foreigners.

I strongly believe in that there are big opportunities for people who learn Russian seriously. I know people who built their whole careers based on one strong skill – Russian language.

Another thing: if it ever happens to you to travel around Russia or Western Europe, you will find that there are very few people speaking English (I’m not even talking about Norwegian! ), but those people do speak Russian.

If you ever plan to visit Moscow – learn a bit of Russian. Even if you meet people who speak English, try to say a couple of words in Russian to him – you will make friends.

Speak as you learn – learn as you speak! That’s the way to get an active language skill. Unfortunately, I know many people who spent a lot of time learning Russian, but they do not speak.

They read and understand, but they don’t express themselves if only they are not 100% sure they are going to formulate themselves correctly.

Don’t be shy! I’m sure I made a number of mistakes writing these answers, and I’m sure everyone who reads them will understand me – that’s the point, communication. And as I said above – we Russians just love when foreigners try to use our language.

(Does not apply to grumpy people in their sixties and those guys who work in McDonalds – with them you’ll have to be fluent!) Invest some time in grammar, especially on the beginner level.

It will help you a lot to understand the real meaning of what you hear or read – Russian can be tricky sometimes. Good basic grammar will also save you a lot of time on more advanced levels, and you will not need to use dictionary too often.

Don’t use google.translate too much, especially trying to translate into Russian… especially in the business context.

Google.translate is unfortunately not very good at Russian grammar and therefore can create a lot of confusion. Use dictionaries and your head. It will work just fine!

Do you want to take a Russian language course? 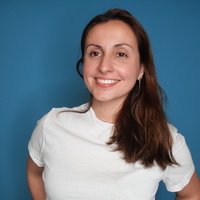