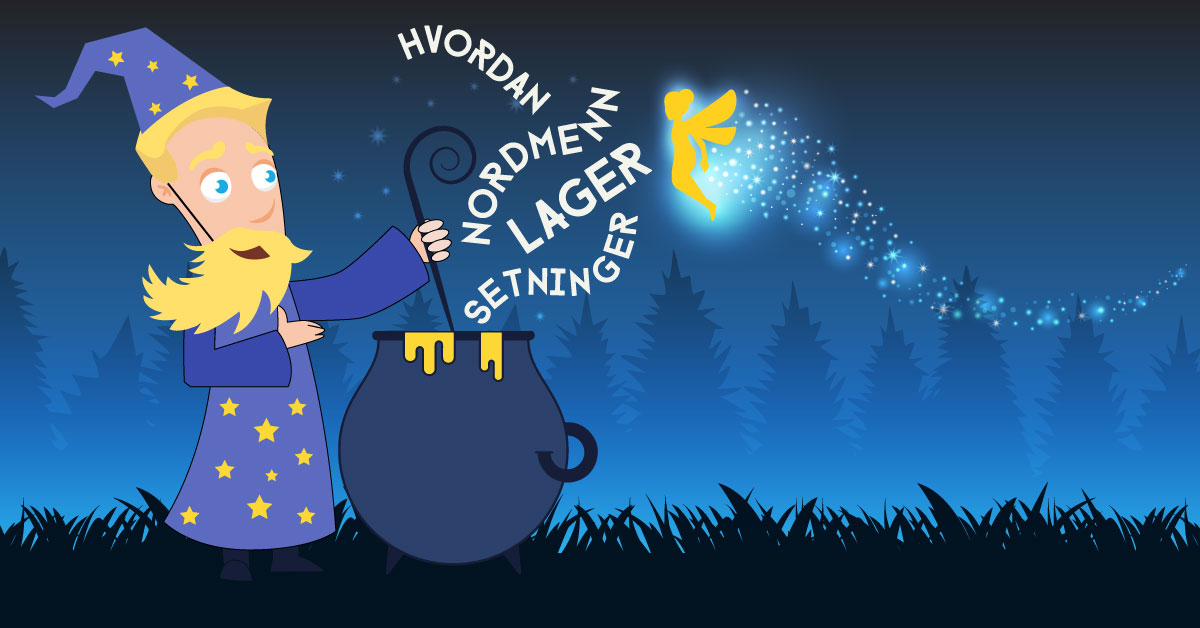 This is the second part of the series on cooking up Norwegian sentences. You might want to read part 1 first. Here we define what a sentence actually is, and you learn to build one by putting the words in the right order.

What is a sentence?

Take a look at these : Are they all sentences?

Just because they end with a punctuation doesn’t mean these utterances automatically qualifies to be called a sentence.

To be a complete independent sentence, an utterance needs to have at a minimum two of those three-word classes represented, and it has to be the noun (S) and the verb (V) That means that only two of the lines above qualify as complete “sentences”.

Here is a quick, basic analysis of the examples from Part 1,

These are both very simple SVO structures.

Advanced tip: In the second sentence the verbal clause (V) consists of two verbs, this is often the case.

More often than not one is the auxiliary verb or modal verb which comes first, followed by the main verb.

The next one has the same simple SVO construction, but here we add (insert) the adverb “aldri” into the middle of the verbal (V) clause “har likt”.

Advanced tip 2: Note that we can always do this with adverbs like aldri, alltid, ikke and others like them.

Now for the last sentence from Part 1:

A signifies adverbial. It is sometimes useful to strip a sentence down to the bare bones, and the “fat” that would have to go is very often adjectives or adverbs, like here.

Take away the two adverbials, and you get:

...which is still a complete sentence. The meaning is also more or less the same, it just sounds a lot more abrupt than the one with the two adverbials.

By the way: Did you notice how the question breaks with the all important V2 rule for sentences.

In the first part of this article, we discovered that in Norwegian you can begin your sentence with almost any ingredient,however, Norwegians are very picky about where the verb goes: (almost) always in the second place.

The most important exceptions are questions and imperative sentences:

Questions that do NOT begin with a “spørrepronomen” or question pronoun (who, what, where, why etc), always have the verb as FIRST word in the sentence.

Advanced Tip 3: When you see a verb first in a sentence, you KNOW you’re facing a question.

Finally, the simplest form of sentences, and often most fun to use: Imperative. You can construct shorter or longer sentences

Skriv kommentarer i kommentarfeltet under!