Tor is at the beach, and given the circumstances, he appreciates having the right words to describe both the weather and his opinion about it! 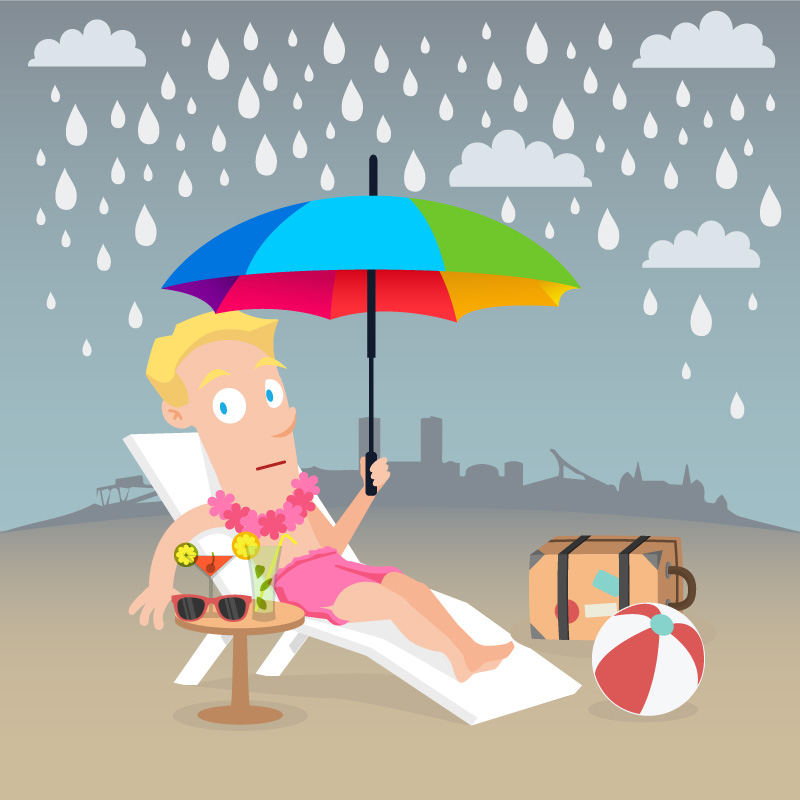 In my last blog post I went through the main pattern and exceptions for adjectives in indefinite form in Norwegian You know, phrases like, en fin bil (a nice car) et fint eple (a nice apple).

This time we will look at adjectives in definite form.

How do you say: “the great summer weather in Oslo” ? You may not think the weather was that great, but at least you will, after reading this post, learn to say it correctly.

So let’s start with the main pattern – it is quite simple and it goes like this:

Even if the noun is in plural (flertall) the adjective stays the same in the definite:

Easy? Sure, but don’t forget the definite article

Yes, there are exceptions, there always are. But keep calm – there are not too many, and are easy to remember:

As you can see, they all end in a vowel.

Here are some of the most common ones:

The last letter and the plural “e” ending trade places

Notice that the adjectives ending with “er,”en or “el” with a double consonant before the “e” loses one when the “e” and the last letter switch places. This is because we in Norwegian try to avoid three consonants in a row.

So how do you say «The great summer weather in Oslo»?